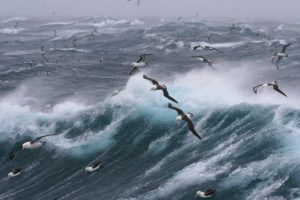 I am sorry. I am sure the last thing you want to hear about this morning is Brexit. It is like tinnitus, whining away in the background and never going away. The problem is that it matters a lot. Markets are moving significantly according to the whims of flouncing politicians. To the rest of the world it may look like a stereotypical music hall farce, but try telling that to shareholders of the UK’s banks or house builders.

The next couple of paragraphs come with the usual personal warning. The views of Innovation are entirely my own and need not have any correlation with how portfolios are actually managed. Neither are they necessarily rational, sensible or even sane.

Here goes. I do not believe for a moment that Mrs May is a dutiful servant delivering the will of the British people. She is far too clever for that and she believes (I think) that leaving the European Union is not in the national interest. I resist the temptation to go off on one about the ‘national interest’, but beyond not having a nuclear war I confess I struggle to think of anything that is genuinely in the ‘national interest’.

Moving on: Mrs May has, in sporting jargon, played a blinder. Her end game is, I stress in my opinion, to keep the United Kingdom in the European Union. She knows that the deal she has delivered is not going to get through parliament. It is not meant to. It is intended to move us to a position where we have to choose between No Deal and having a second vote.

She has also, I think, routed the Brexiteers. That much can be guessed by Michael Gove’s decision to stay in the Cabinet. It is quite something when ‘man does his job’ becomes a national headline. Nonetheless it was terribly important that Mr Gove turned up for work and then went home again in the evening.

In our roadshows last month we majored on the point that No Deal is going to be very bad for the economy, the pound and UK assets. It does not take the proverbial rocket scientist to work that out (though it is good to see that British rocket science is very much in demand). No Deal is the only viable policy left to the Brexiteers and it is not going to be a great vote winner. Mr Gove has been very quick to work that out.

Another of our major points at the roadshows was that many UK assets (or shares) are already effectively ‘on sale’. A small number of valuations are verging on the ludicrous. It is not this column’s place to name names, but 5% dividend yields are now commonplace, while there are several shares where we believe the dividend is safe and the yield is 7% or more.

These are extreme times. If we No Deal, then a recession in the UK (two quarters of falling output) is probable. If we get a huge kick of the can into an extended ‘transition’ period, then everything should tick over in an unhappy limbo. What Mrs May has done, though, is to bring in the possibility of a reversal of the whole shooting match. Should that happen – and it might seem bizarre that staying in the deeply flawed institutions that comprise the European Union could be seen so favourably – then there is a whole tranche of domestic UK businesses that are genuinely in the bargain basement.

I apologize to anyone I have either upset or bored. And for shifting the title of the column from Steely Dan to Chris de Burgh. Hawksmoor’s job is to manage portfolios through this quite extraordinary period. What I have tried to do is to walk readers through our perceptions of the risks to asset values and why, despite everything that happened last week, we remain convinced by the potential cheapness of many shares. Emotions are high, and it is precisely at these times that markets lose a degree of rationality. But for the first time in quite a while, last week shifted the Brexit risks to the upside.

This is the last Innovation for a while. I am jaunting off to the Far East again for some more fundamental research, sunshine, fried insects and cold beer. It seems half a lifetime away, but we shall be back for a pre-Christmas blast on December 17th. Last time I was away, you had the Beast from the East. Should anything else blow in from Europe in the meantime, Jill will let you know our thoughts.

I fear I was too obscure last week, with even the owner of all Shaky’s recordings unaware that his real name is Michael Barratt. For today, what links the Fonz, Van Morrison, Micky Dolenz, Carly Simon, Goldie Hawn, Debbie Harry, Franz Beckenbauer and Rod Stewart ?