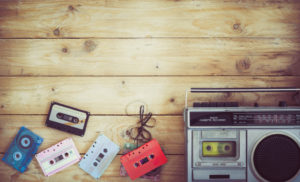 How important is music in your life?  Certain songs can take me back to key moments in my life such as the first record bought with my saved up pocket money, the first time I heard a particular artist having had a recommendation from a friend at college, or the song I ‘danced’ to at my wedding (no, I am not disclosing any of them but feel free to guess!).  Music seems central to our lives and today it is so easy to access with phones and connected devices such as smart speakers, cars and watches all linked to streaming services or digital radio stations.  We only have to ask Siri, Alexa or Google to play something and it is in our ears instantly.  I also remember spending hours putting a ‘mix tape’ together (younger readers you will have to ask Siri et al), recording songs from the radio or from my record player, pressing the pause button before the DJ started talking or the needle got to the end of the record.  Now you just pick from an infinite list of songs from your phone and you have a bespoke playlist.

The reason for this trip down memory lane is to highlight that ‘songs’ is now an investable asset class as well as something to listen to, dance to, cry to.  In the UK there are two publicly listed companies, Hipgnosis Songs and Round Hill Music, that have acquired, over the years, catalogues of songs belonging to artists, song writers and producers, whereby cash is handed to them in return for their royalties, which are then paid to shareholders in these companies as dividends.  This has become possible recently largely because of the digitalisation of the industry, allowing revenue sources and rights to be much more transparent and easier to register.  20 years ago nearly all the revenues from the $24 billion industry came from sales of physical music – CDs, cassettes and records.  Today, after a trough in 2014 when annual revenues fell to just $13bn due to piracy and illegal downloads (which discouraged buying and therefore new investment in the industry) it is back to $23bn. This is made up of just $5bn coming from physical sales, with streaming now accounting for over $13bn a year.  Downloads and synchronisation (when music is used in films or adverts) and performance rights (live music or that played in bars, restaurants, gyms etc), make up the difference.  To illustrate the growth in streaming and how music is now viewed as a utility rather than a discretionary item, in the old days to achieve a platinum disc, you needed to sell 1 million records.  In the US (that has a population of 360 million people), that is 1 in every 360 people bothering to go to the shops and buy that record for $10.  Today, in the US there are over 100 million households with a subscription to a music streaming service (costing around $10 per month), meaning more than 1 in 3.6 people can now listen to a particular song.

Globally, there are 450 million subscribers to music streaming services, up from 77 million in 2015.  Currently, Spotify is the market leading platform with around 34% market share, followed by Apple Music, Amazon Music and Tencent Music, but there are other platforms that also have to pay royalties now such as YouTube, Peloton and TikTok, which expand the sources of revenue for the owner of the songs.  Although the amount per stream that is paid to the songwriter or artist is tiny (typically $0.007 per stream), the ability to reach a much bigger audience today is much greater and many have made their fortune from a billion-streamed song.   Remember that the mix tape was free for me and the rest of the world who did it, but now I am paying a monthly fee for it.

At the moment when debt is free, money is plentiful and yields on bonds and equities are low, it is natural that capital is flowing to higher yielding assets. With a c.4% yield, a huge pool of assets to pick from and the longevity of the royalty rights (typically the lifetime of the last surviving artist/writer +70 years), it is not surprising that songs are on the radar of many investors including deep pocketed private equity funds.   It is also unsurprising that many artists are considering selling their catalogues for a lump sum to avoid the hassle of managing all the various income streams and to ease the estate planning on death, and perhaps to replace the lost income from the lack of touring over the past year, which ruined their planned ‘farewell’ or ‘reunion’ tour.

When an asset class is hot, like songs is at the moment, it is important to remember investment principles to ensure returns are not impacted by overpaying for the asset.  In the case of these two companies, their average cost of acquiring catalogues of high quality artists that span the eras and genres, is around 16x revenues. This doesn’t seem excessive to us, especially when compared to some of the figures reported on the valuation of Vivendi’s likely demerger of its Universal Music Group for as much as €40bn equating to more than 30x revenues.

Now when we listen to some of our favourite songs, as shareholders in Hipgnosis and Round Hill Music, we can help generate additional royalty income for them and us, although it may take a while to get through the 164,000 songs in the combined catalogues (about a year I reckon)! 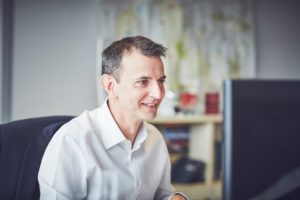 This financial promotion is issued by Hawksmoor Fund Managers which is a trading name of Hawksmoor Investment Management (“Hawksmoor”). Hawksmoor is authorised and regulated by the Financial Conduct Authority. Hawksmoor’s registered office is 2nd Floor Stratus House, Emperor Way, Exeter Business Park, Exeter, Devon EX1 3QS. Company Number: 6307442. This document does not constitute an offer or invitation to any person, nor should its content be interpreted as investment or tax advice for which you should consult your financial adviser and/or accountant. The information and opinions it contains have been compiled or arrived at from sources believed to be reliable at the time and are given in good faith, but no representation is made as to their accuracy, completeness or correctness. Any opinion expressed in this document, whether in general or both on the performance of individual securities and in a wider economic context, represents the views of Hawksmoor at the time of preparation and may be subject to change. Past performance is not a guide to future performance. The value of an investment and any income from it can fall as well as rise as a result of market and currency fluctuations. You may not get back the amount you originally invested. HA4385.