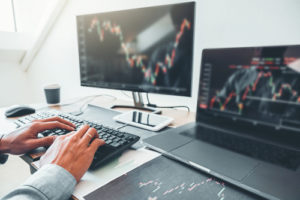 Unless one was invested in a hedge fund named Melvin, much of last week was rather fun. I am admittedly out of touch with what happens in much of hedge world these days, and Melvin was a new one to me. Nonetheless, Melvin now has its place in history as the fund that lost 50% of its value by betting on a fall in the stock price of a floundering US retailer of video games (I am showing my age here) called GameStop. Melvin has had its fifteen minutes of infamy. This time next week it will have been forgotten.

The action of shorting a share price (selling shares that one does not own) has many tangents. It also comes with awful PR. So-called short-sellers are generally portrayed as having horns and tails, and carrying pointy tridents. They are the heartless, cold, cruel capitalists who drive good companies out of business and loyal workers into homelessness and poverty. They are the creators of risk and the source of stock market crashes. To borrow the description once made of Tiny Rowland, they are portrayed as the unacceptable face of capitalism.

It is a tad harsh. Whilst there is a degree of smoke and fire here, the vast majority of ‘shorting’ is quite legitimate. It opens the entire market to possibility. A fund manager may look not only to those shares that they believe are going to rise, but also to those that may fall. Simples. But one may also have a view on how one share may perform relative to another, regardless of whether they are rising or falling. Thus if we wished to decide that BP, for example, was a better bet than Exxon Mobil, we could buy BP and short (sell) Exxon. What we would then achieve is the difference in the two share prices, no matter whether they are rising or falling. Simples, again.

We should point out immediately that there is asymmetry in the mathematics, and hence last week’s Melvin mayhem. If one buys a share, one’s maximum loss is the amount invested. Painful, but hopefully survivable. If, however, one is short of a share then the losses are not limited by that initial stake. Oh no. That is where things can start to go very wrong very quickly. And this is even before we bring in the concept of doing all this on borrowed money. Being short and wrong is a position with a short and very expensive timespan.

As a matter of principle, we do not have an issue with shorting. When executed properly and when done for the right reasons, it is also entirely compatible with sustainable investment. It is easy to forget that there are two angles to sustainable investing: not only is it sustainable, but it is also ‘investment’, designed to make financial returns. It is just as logical for a fund manager to short an oil company (on the basis that its business will eventually disappear) as it is to own manufacturers and owners of wind farms. And just to be clear, although we may own other funds that employ shorting as a strategy, it is not something that we do ourselves.

Having headed that off at the pass, let us move onto a humongously busy week ahead on the markets. We have had a topsy-turvy start to 2021, with equities already having given up most of the gains made on the coat-tails of New Year euphoria. It is understandable enough: the short-term COVID news deteriorates at the same rate as the longer-term vaccine story improves. Markets will to and fro through the year, never quite deciding whether recovery – and tighter monetary policy – is for better or for worse.

But this week brings the usual start of the month avalanche of economic data, combined with the quarterly company reporting cycle. This is always a challenging juxtaposition, and our inclination is to treat the voice of management as a more reliable indicator of real life than economic surveys. We are already a good way into the American earnings season and the trend thus far has been – with apologies for a ghastly cliché – cautiously optimistic. Tuesday is the important day in the US this week, with Alphabet, Amazon.com and Exxon Mobil reporting on the last three months of last year. In the UK it is Thursday, when we see and hear the latest news from Barratt Developments, Unilever, Compass Group, Royal Dutch Shell and BT, to name but five. It is a good cross section and we will end the week not only five days older than today, but also with a better understanding of how well the world is turning.

Finally, well done to everyone who spotted that we were striving to keep up with the fad for sea shanties with last week’s quotes from a Drunken Sailor. Today, in a lyric whose meaning has maybe gained implication with time, who was invited to ‘have a bit of crackey’ now that ‘I’ve smoked my baccy’? And for the bonus question, which likely actor played the lead in the drama named after the song?

HA804/288
All charts and data sourced from FactSet