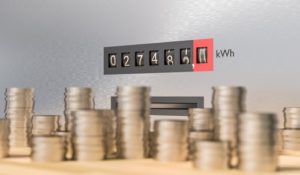 Having returned to the UK last weekend after spending some time in Asia, I can confidently report that it feels very cold back here in Cornwall. But the seasons are changing and warmer times are coming. Which is a good thing, as it is now cripplingly expensive to turn the central heating on and we can all save on cooking costs by eating salad. That will be home-grown salad, as it is also too expensive to drive anywhere.

Energy costs are global. Just as it hurts to turn on the radiators here, so it does with the air conditioners in Thailand. The agonies of watching the fuel pump are the same everywhere. Energy is sapping the money out of us all. A pound, or a baht, spent, however, is not a pound destroyed. It is merely transferred to someone else. For every loser, there is a winner. And I am very taken with the argument that one of the biggest winners of all is Russia.

Academics have long argued over whether sanctions have ever worked. The debate will never be settled. But there is an increasingly loud voice arguing that the sanctions imposed on Russia are proving to be 180 degrees counter-productive. There is no shortage of buyers for its oil and gas. All that has happened is that the cost of buying these has gone up. Far from being penalized by the sanctions, Russia is – some argue – actually being enriched by them.

What is needed to hurt Russia is a much lower oil price, and that needs Saudi Arabia and the rest of OPEC to play ball. Of this, there is no sign. The price of a barrel of oil, though, is around $30 less than in early March. It should be no surprise that this has not fed through to forecourt prices, but it does also beg some questions about why the price went so high in the first place. The oil producers – meaning OPEC and Russia – were very obviously very happy with the situation, though the route cause was speculation. Speculation about future shortages, as opposed to an actual crisis.

Financial  markets have a propensity to be time agnostic. They can choose to pick from the past, present and future as they see fit. Inflation falls into the ‘past’ category: the monthly reports of the rate of change of Consumer Price Indices only tell us how prices were changing in the previous month. It should be no more than confirmation of what everyone already knew. Should be. At the moment, though, it is deemed to be critical information. Tomorrow, in the most important data item of this pre-Easter week, we see the US inflation rate for March. For the record, it is expected that February’s rate of 7.9% will have risen to 8.4%. Wednesday sees the release of the UK’s monthly update: we are expected to be at a mere 6.7%. For perspective, China’s inflation rate is currently 1.5%.

Bond yields are finally starting to wake up to the realities that a) the inflation cat is long out of its bag, b) Banks are raising interest rates and c) Banks, especially the Federal Reserve, are about to start selling bonds at a rate never previously seen (that is a truism, as we have never previously had a time of quantitative tightening). Portfolios have to protect real values – that is haecceity of investment, and another truism. To do so, they need to look to equity, and especially the equity of companies that have the ability to raise prices without damaging demand.

This is a drum that we have banged for many months. It is not going to be borne out every month, but over time it will. In the shorter term, a number of hugely attractive businesses are seeing their share prices lazily correlated with the prevailing mood towards inflation and interest rates. This is attributable to spurious arguments about how one might guess a current value of a business from guesses about its future cash flows. One might think that a guess about a guess should be doubly specious, and one would probably be right.

The quarterly US earnings reporting season starts this week. It is an important three or four weeks, and should start to give us clear evidence of which businesses can live with, or even thrive on, inflation, and which are struggling. We know on which side of this coin we wish to be.

Finally, the usual well done who knew the link between inflation and Right Said Fred. Today, one for Easter: A hit in 1988 for a Steely Dan inspired group: “he thinks she melts when he touches her” – who?

FPC210
All charts and data sourced from FactSet