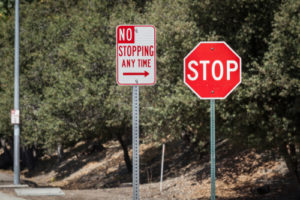 There is something rum going on. As Alice commented as she started to grow very tall: “curiouser and curiouser”? How should we reconcile last week’s twin happenings of US inflation reaching 5% and bond yields heading sharply downwards? Perhaps we should be writing a new thesis of Markets in Wonderland.

The bare bones of this is that the annual rise in the American Consumer Price Index, or CPI to you and I, is currently at 5.0%. The core rate, which excludes energy and food (being the bits of the inflation calculation that matter most) has risen to 3.8%. Moving to the bond side of this financial non sequitur, the yield of the US 10 Year Treasury has fallen to its lowest level since March, and at the time of two-fingered typing, stands at a paltry 1.45% (or thereabouts).

To borrow from Blackadder Goes Forth: “I smell something fishy and I’m not talking about the contents of Baldrick’s apple crumble.” We have written relatively recently about the importance of the markets’ belief that inflation is merely spiking, rather than embarking on a multi-year ascent. It is becoming less of a belief and more of an act of devotion, verging on commitment. The disparity between inflation and the returns available from bonds could hardly be starker. The markets are betting the ranch, the farm and la ferme that next year’s inflation will be much lower and that Central Banks will not have to tighten financial conditions.

The first test of this comes on Wednesday. The Federal Open Markets Committee meets to deliberate on financial policy, and the nuances of every word in its communication of this. The one thing it cannot do is blink. A merest hint that the Fed thinks it might have to tighten might just be the wafer thin mint. The potential problem is not hard to see. In very crude terms, if you owe a few trillion dollars with an interest rate of nil, then you do not have an issue. On the other hand, an interest rate of 0.1% is immediately quite painful.

The room for manoeuvre is virtually nothing. If this is just an inflation spike, then we are all still at the races. On the other hand, should this actually be the start of a prolonged cycle, the Banks will have to tighten policy, and it will hurt. One can see why it is that the Fed in particular will probably leave it as long as it can before having to rein back on Quantitative Easing or even raising interest rates. The dystopian levels of debt, however, may actually work in the Fed’s favour. The economy is arguably more sensitive to the cost of debt than it has even been, meaning that the Fed can achieve what it wants with only the smallest increase in borrowing costs.

It is the nature of markets that issues, like inflation, are not a problem right up until the time that they are. So investors overall are currently not worried. Equities are rising, in many cases they are at record levels, and bond yields are falling. These are signs of confidence, not of fear. Again, as at the time of my clumsy typing of this article, inflation is not a problem. The time that it is, is when the markets decide, for whatever reason, to take fright from what they had previously ignored. At which stage everyone says ‘told you so’.

The question will become one of how high the spike can go over the summer without the Fed doing something. The FOMC meeting this week should tell us that 5% is perfectly normal and well within the bounds of what was expected. But what happens at 6%? Or 7%. Or 10%? Surely either inflation will have to start falling later this year or else the markets’ faith in the Fed will start to falter.

We are overdue a wobble. It is becoming harder to justify the current levels of bond yields. Equities are more explicable. The complication is leverage. No one borrows money to buy bonds (as a big generalization). They do however speculate very happily in equities. And the vulnerability of equity markets is much less about the profits of the underlying businesses, and much more about the propensity of the banks to raise their collateral, or margin calls, on the money that they have happily lent their clients to speculate. Despite having happily sailed past last week’s US inflation data, and probably this Wednesday’s FOMC meeting, the risks are shifting upwards and it would be a surprise if we make it all the way through the summer without mishap.

Finally, well done to those who knew Barry Davies’ commentary from the 1988 Olympic hockey final. Today, we go back seven years to 1981: “It’s gone straight into the confectionery stall and out again.” Who was describing what?

HA804/303
All charts and data sourced from FactSet