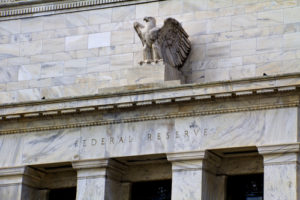 That was quite a week. We may all be seven days older, but very few of us are any wiser at the end of it. Markets, though, were thoroughly happy in their ignorance and finished an already encouraging month with a little flourish. The question now being asked is whether we have finally turned a corner, or if July was no more than an overdue bounce. There are no signs that the jury will be returning with a verdict any time soon.

So let us try to make sense of last week’s cacophony. First, the Federal Reserve raised US interest rates by 0.75% for the second consecutive month. That much was expected. The chair, Jay Powell, then proceeded to confuse the living daylights out of everyone with his follow up comments. This is probably because he is himself bamboozled by the level of inflation, the current state of the economy and exactly what it is that he is supposed to doing about what. Nevertheless, the markets latched onto his statement of the totally obvious – to the effect that they will not increase rates by 0.75% every month ad infinitum – with a resounding, but surprising, glee. In a different week, investors might have been less encouraged by the Fed having appeared to have lost its last clue.

The following day, the statisticians declared that the US economy shrank in the second quarter of the year, and is thus in technical recession. I remember that one of the first truisms I was taught as a young student of economics is that no one really has any idea whether an economy is growing or contracting until months, or even years, later. This has arguably never been more true. The Fed is now off on its summer holidays and is not scheduled to decide interest rates again until 21st September. It is a good time for a breather.

Nonetheless, on Thursday this week the Bank of England will announce a rise in our interest rates of half a percent. Or at least that is the very short odds favourite. It may also provide us with some details of how it intends to unwind the holdings of gilts and corporate bonds it acquired under the quantitative easing (QE) schemes. Having denied that zero interest rates and QE were a factor in causing inflation, one may query why Andrew Bailey’s Bank is now using these to combat the same dragon. For those of us who believe that the quantity of money is likely to have been a factor in all this, last week’s data showed that the growth of this has slowed to a crawl. In inflation-adjusted terms, this equates to a marked shrinking. And one might suppose that at least some of the measures needed to bring inflation down are already in place, and that the Bank of England, like the Federal Reserve, is about to stamp too heavily on the brakes.

You could be forgiven for thinking that the last place to look for good news would be Europe. It would be an easy mistake to make. However, in contrast to the US, the Eurozone’s economy grew at a thoroughly robust 4% in the second quarter. This is the same Eurozone that broadly every commentator agrees will inevitably suffer a nasty recession. As yet, the signs are that – despite everything – economic activity in Europe is holding up remarkably well.

Which brings us onto the corporate earnings season, which hit its peak last week. We have hopefully said consistently that the consensual gloomy economic prognosis is at odds with how companies have been reporting on their end markets. Of course there are exceptions, but by and large trading conditions are pretty good. We are no longer splashing the cash on housing improvements at quite the same rate, while some businesses have issues with sourcing goods from China, others are finding it harder to sell there. The very strong dollar is also an issue for many US businesses, although much of this is due to translation of overseas profits rather than a loss of competitiveness. There is also a growing differential between the price-makers and the price-takers. Consumers, so it seems, are still prepared to pay up for what they really want.

Most of all, last week the large US technology companies reported a healthy second quarter. One or two aspects have seen some cooling – which should not be too much of a surprise – but as yet the world is coping well with both inflation and rising borrowing costs.

Finally, the usual well done to all the Darts’ fans who knew last week’s teaser. Today, with a different take on darts’ fans, please complete the famous Sid Waddell commentary: “There’s only one word for that:” What is it?

FPC459
All charts and data sourced from FactSet