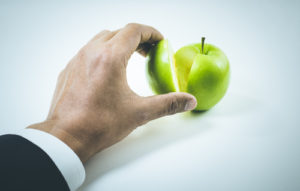 Last Thursday the value of Apple’s equity fell by $180bn. That is rounded up to the nearest couple of cents for convenience and added drama, but it is nevertheless simply astonishing. That is more than the worth of Nike, a mere $176bn company. The largest company quoted in the UK is AstraZeneca, which pales in comparison at a seemingly insignificant $140bn.

Despite this seemingly rather careless loss of shareholder value, the worth of the frugiferous behemoth that is Apple has risen by over a trillion dollars in the last year. This is quite a challenge to theories of efficient markets. How can it be that the value of the maker of smart phones and attractive-looking computing devices is worth a trillion dollars more than September 2019?

How indeed? Did we not all learn the truism that elephants can’t run? And that you can’t turn an oil tanker? Well here is what was already the world’s largest, or second largest, company adding a trillion dollars of equity value in a mere twelve months. To add some more context to this, a trillion dollars is roughly the GDP of Indonesia, the sixteenth largest economy in the world.

The observations are heading nowhere in particular, other than to illustrate the staggering performance of a very limited number of equities before, during and after the COVID period. Actually, ‘after’ is a liberal interpretation of the current state of play; COVID of course is far from over.

Businesses, though, are learning to deal with COVID. That was always going to be the way. Humans are DNA-ed for survival and we are much more adaptable than we may give ourselves credit for. Thus all credit to Pret a Manger for acknowledging that flogging painfully expensive sarnies to office workers in Canary Wharf is no longer quite as enticing as it was. So it is heading to the suburbs, taking up deliveries and offering subscription-based bargainous coffees. It may not work, but hats off to it for both acknowledging that the world has changed and for trying to do something about it.

The suburbs bit is interesting. The latest release from Nationwide reports that UK house prices rose 2% in August, to make a gain of 3.7% for the year. The average house price is above pre-COVID levels and is back to an all-time high.

That fits with the anecdotes from the property market: feeling hot, hot, hot, as the Merrymen put it. Over the past couple of weeks a number of our largest house builders have reported that both building and sales are, shall we say, doing nicely. There are exceptions, but these look to be mostly to do with London.

The statistic that really struck a chord (actually more like a bar) was hidden away in Nationwide’s small print. This was the reference to a survey it conducted back in May, which I confess passed me by. Anyway, Nationwide reported that 15% of households were looking to move home because of COVID. Excuse me? That is more than one in six people wanting to move. OK, the urge to run away will have dampened a bit by now, but that is an incredible desire of the respondents to move to larger living space, to larger gardens, to fewer crowded places, to less commuting.

What we hear from the estate agents is that at least part of this great migration is happening. And what the manufacturers and suppliers of materials tells us, is that both those staying put and those moving are wanting to make their living spaces better. Demand for building materials is looking pretty rosy-cheeked. The same is true, apparently, for white goods, with AO (let’s go) reporting healthy demand for efficient freezers and tumble driers that won’t catch fire.

There are mitigating factors. The stamp duty holiday won’t last forever. The furlough scheme will wind down and then end. Brexit may even rear its ugly head, though even the seemingly inevitable No Deal should not have too great an impact on the quest of the middle classes for more enjoyable living.

There may be more froth to come off the Apples and the Microsofts and the Amazons. But we don’t expect it to last. What is more important to us is the pace at which business is adapting to this ‘new normal’ and the opportunities this is bringing now everyone has clearer heads. We might even say, grounds for optimism.

Our last challenge hit an August black hole, but well done to anyone who knew Earth, Wind & Fire’s September. Today, with due acknowledgement to House of Games: what do you get if you smash together an item of confectionery advertised by a vampish rabbit and the director of Blazing Saddles? 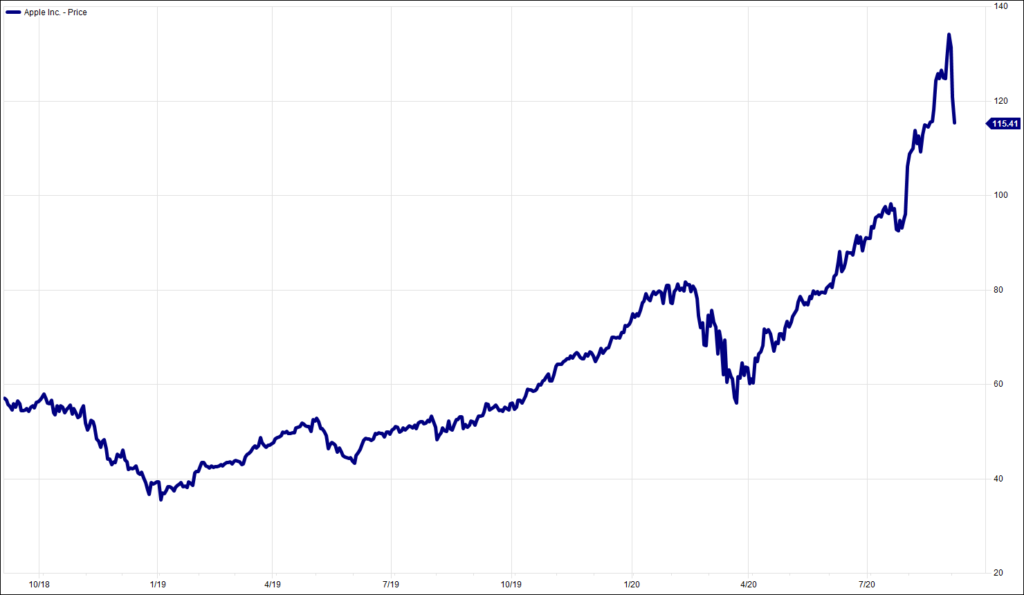 HA804/270
All charts and data sourced from FactSet