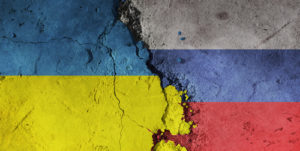 One week further on means that we must be one week closer to a resolution of conflict in Ukraine. Except that this does not quite work. Whatever military conflict there is at the moment is very minor and has been going on in the backwaters of Eastern Europe for the thick end of a decade. The current diplomatic hullabaloo, as we argued last week, suits everyone. Western leaders can fly in and out of Kyiv (as protocol says we should now call the home of over-garlicked chicken) and Moscow as they see fit, each one puffing out their chest and pretending that they are simultaneously very tough and also the one who can persuade Putin not to invade. It is all so transparent.

We know that Putin is constantly on the cusp of invasion as so many of our political leaders tell us. They, of course, would never tell an untruth. No matter, Putin and Ukraine are wonderful excuses for Tom, Dick and Henrietta to look statesman like after two years of fumbling in the covid darkness. The whole Ukraine thing has caught the attention of financial markets, which have otherwise been struggling to find anything new to say about inflation. And so the daily ups and downs of share prices and bond yields are being driven by whether Macron says he has had a good chat with Vlad, or if instead someone else has a video clip of a tank and some snow.

The point we are inelegantly making is that it is very unlikely that there is a ‘resolution’. Eastern Europe and Ukraine will be a source of dispute between NATO and Russia whatever happens in the upcoming days, weeks, months and (and even your) years. Vlad may invade, he may not. If he does, he may withdraw from some areas, or he may not. If he takes all his tanks home again, he is free to drive them all back again. This is not going to be resolved. Nor, we hope, will China and Taiwan, where a ‘resolution’ would be much more damaging than in Ukraine.

The markets’ myopic obsession with Ukraine and oil will tire over time; in due course another event will take their attention. The price of oil is where it is, for the most part, because that is where the world’s largest producer – Saudi Arabia – chooses it to be. We should not lose sight of the truism that the higher the price of oil, the greater the viability (or even attraction) of alternative means of generating power – be they renewables, nuclear, geothermal, hydrogen or hamsters running in wheels.

Power, as we have argued before, is the great fragility of the modern world. Having possibly thought that storms and power cuts were things that happened only in the North and Scotland, Eunice’s damage to the Cornish grid was a nasty surprise. Franklin is doing his worst and apparently Gladys is on her way. The interconnected world soon becomes disconnected when we have the wrong sort of wind. Grids and national generators are necessarily fragile. To stay connected, the world needs both local and national sources of power.

We will write more in coming weeks about the role of passive products, including ETFs (exchange traded funds) in the markets’ moves. One of the more perplexing traits of the share price moves we have seen in 2022 is that a number of stocks that ought, all things being equal, to be the most inflation-proof have fallen really quite sharply. The most obvious example of this is Microsoft. If anyone ever wished to devise a business model with pricing power, it is hard to imagine one better than Microsoft. It is almost legalized ransomware. What would your options be if you decided not to pay whatever Microsoft charges for its licence fees? Lose all your files? Try and transfer all your files to Google?

Anyway, despite knowing what we know about both inflation and Microsoft, the latter’s stock price has already fallen by 15% from late December. We suspect the unseen hands of ETFs at work here. Microsoft is not only the second largest stock in the S&P 500 and Nasdaq Indices (ranking behind only Apple), but it also features amongst the largest holdings of a phenomenal number of ETFs. If investors are reducing their equity exposures, as fund flows suggest is the case at present, then Microsoft is disproportionately hit. As we seem to conclude each week at the moment, markets are jumpy, skittish and random. There are very few signs that this is about to change. But for those with patience, there are undoubtedly opportunities emerging.

Finally, well done for those who knew the second line of The Tymes’ Miss Grace. Today, who was in the deserts of Sudan, and the gardens of Japan, from Milan to Yucatan?

FPC112
All charts and data sourced from FactSet