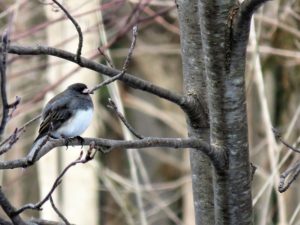 May we wish all our readers a splendid New Year. By the accident of finishing on 31st December, the period of time generally referred to as ‘2018’ ended up being a bit of a growler. 2019 has started with a slightly sore head, but it is nothing that a dry January should not be able to put right.

Long-suffering readers of this column will be all too familiar with my propensity to draw reference from popular culture. I yet again apologize. Today’s inspiration is Harry Enfield’s Keegan-headed Liverpudlian catchphrase ‘calm down, calm down’. Financial markets have been in quite a tizz about precious little.

Actually, that is not strictly true. There has been much to justify sweaty brows over the past six months, from the uncertain state of international trade (I try not to refer to ‘trade wars’ – it sounds as if it should be an early evening TV programme hosted by Craig Charles), to slowing growth in China and the Italian government’s budget. Plus around a dozen more.

At times like this it is always tricky to spot what is chicken and what is egg. Equity markets, like snowbirds, have headed south. At the same time, suddenly investors are apparently terrified that the Federal Reserve will tighten the United States into recession and that the mutual tomato-chucking between China and the United States will drag the rest of the world into a slump.

We confess that we do not know which has feathers and which a shell. Neither does it matter terribly. What is much more important is that pretty much all of this can be swiftly put right. Exercise number one for 2019 is to persuade clients that what we are seeing is a normal, natural and healthy bout of irrationality; it is not the start of a repeat of 2008.

One of our consistent beefs concerns the need of the era of information technology to gain our constant attention. Far too many media, social and anti-social alike, compete for our attention. It is that attention, of course, that helps them sell our time to their paying advertisers. So which story grabs us? “Markets have first down year in ten”, or “Markets have worst year since Great Financial Crisis”? The answer is as plain as your nose.

Let’s try to face these straight on. First, why we should not be worried by the Fed. There are two angles to this: first, we question whether the American economy really is slowing down too much. The obvious example is last Friday’s non-farm payrolls, which clocked an astonishing gain of 312,000. This is selective sampling – the Manufacturing ISM on Thursday was well below expectations – but it is very premature to be convinced the States has gone into reverse.

Second, it is as if investors now believe that Central Banks can do nothing to reverse a slowdown. To us that is simply wrong: they can and they will. The key to this is that inflation remains the lion that does not roar. In the absence of inflation, the Banks have plenty of ammunition. In the case of the Federal Reserve, for instance, it has 225 basis points of the fed funds rate to cut before it even needs to restart QE (though it would probably do both).

Monetary growth is anaemic. The available measures of the money supply differ, but broadly the latest data shows that the UK money supply is growing by less than 2% a year (source Bank of England), Eurozone money by 3.7% (source ECB) and the United States’ by less than 3.5% (source Federal Reserve Bank of St Louis). The inflation pipeline is remarkably benign.

Then we have international trade to deal with. This is past the chest-puffing stage and deals will be done. China will be the ultimate winner: it does not have an electoral cycle and Xi can play a much longer game than Trump. Xi though can also afford to make short-term concessions. His ‘Belt and Road’ policies are not universally welcome across Asia and the continent is already seeing a slowing of trade as a result of the tariff disputes. If he concedes a little ground now, the pan-Asian goodwill generated will be very much in China’s favour.

None of this means we have become hugely bullish. But the gloom is overdone and the news flow has plenty of scope to take a turn for the better.

Back to the teasers today: what links Moët and Chandon to a five foot popcorn teddy bear, Joseph’s technicolour dreamcoat and Brexit? And we have a shameless seasonal plea for support. Voting is open for Citywire’s Regional Stars annual awards: we will love you forever if you could show your support for us by merely clicking here.

UK 10 year gilt yield, past 4 years. Not much overall movement in 48 months. 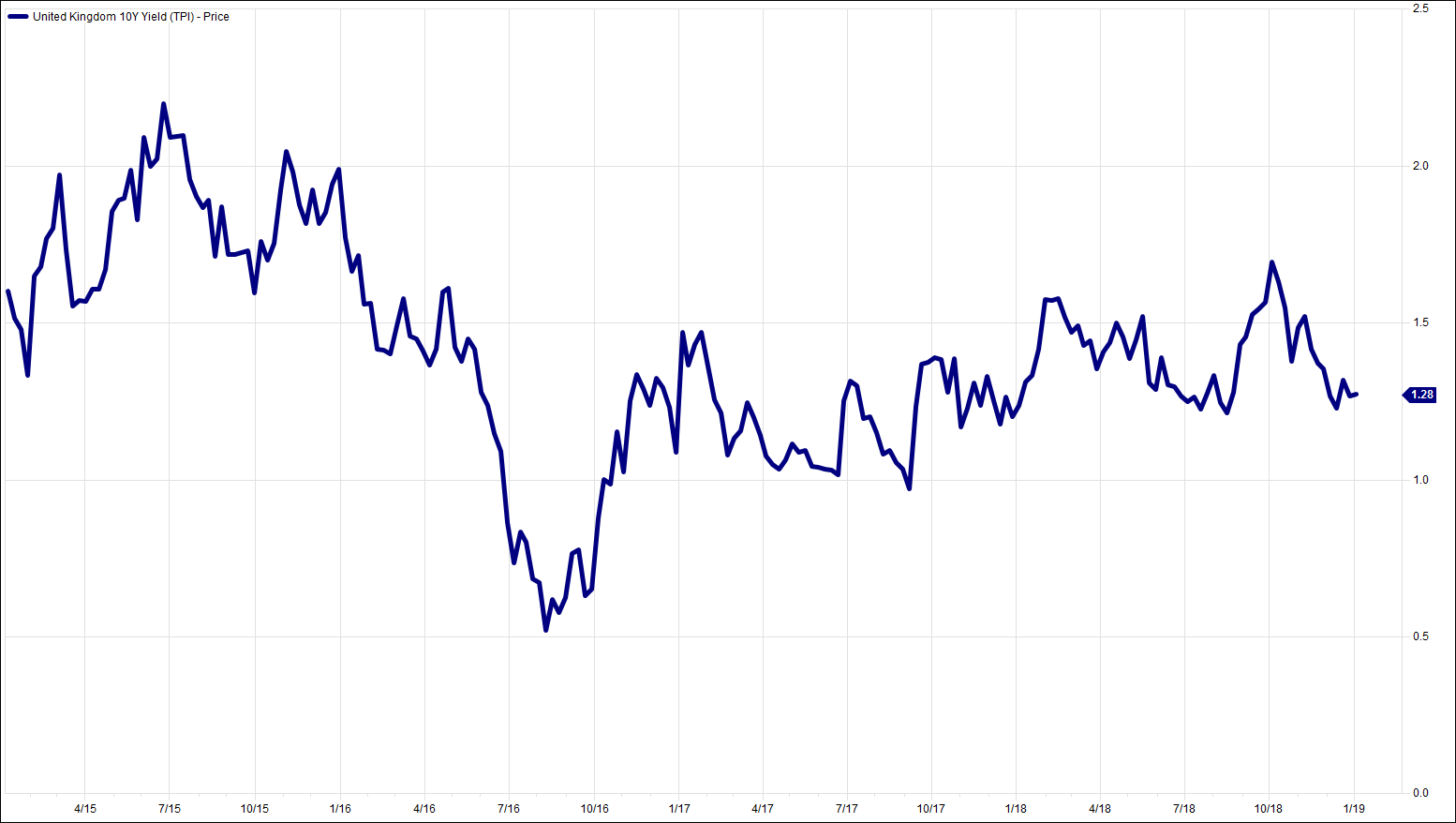 HA804/199
All charts and data sourced from FactSet