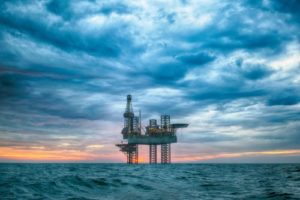 Anyone hoping that we may get a breather in December is going to be terribly disappointed. If anything, the roar of the daily market noise is becoming louder. Little of it makes sense, but that is always how it is when the noise is as loud as this.

I ought to caveat my comments this week with the warning that I tootled down to the Royal County Showground yesterday afternoon to have my covid booster. I have now been Moderna-ed, have a very sore arm and feel as if I have flu. Those are the good bits, as I am told it means that my immune parts are reacting as intended. The less encouraging angle is that one wonders slightly what the point is, after Moderna’s chief executive himself suggested that this dose probably won’t work against Omicron. If you had not noticed, Moderna’s share price fell by 17% last week.

So let us deal with Omicron. Or at least with how far we have come since last Monday. It does not take a long tape measure, as there has been almost no progress at all. Omicron is obviously much better at infecting victims than previous variants, and it is only a matter of a small amount of time until data shows that, like love, it is all around us. That is inevitable. The important and missing piece is how nasty Omicron is. This is the crux of it. If Omicron typically produces milder symptoms, then this is the beginning of the end of the pandemic. If it is as equally unpleasant as its predecessors, and the vaccines are less effective, then we all take a big step backwards until the vaccine people can give us more defence. What we all need is data.

In the meantime, the US economy goes from strength to inflationary strength. So much so, that Jerome Powell, the estimable Chair of the Federal Reserve and a man with a formidable reputation for kowtowing to presidents and markets with equal aplomb, has suggested that monetary policy might need to be tightened a bit faster. Goodness gracious. Anyone might have thought that the US currently has inflation of over 6% at the same time as providing record stimulus and zero interest rates. Which, of course, is precisely where we are.

Economic data rarely gives a consistent picture. I know that the previous sentence is not the most brilliant item of research that you will read this week, but it is worth reiterating nonetheless. The pace of hiring in the US economy, as measured by the monthly non-farm payrolls, may have appeared to have slowed in November, but there is plenty of other evidence to show that economic activity is in fine fettle across both the manufacturing and services sectors. Moreover, there are precious few signs that the inflation ‘spike’ has, er, spiked. The price of oil may have dropped a little last week, but beyond that business after business is reporting that cost increases are here to stay.

The reflex reaction of markets to Omicron was to run to sovereign bonds. Readers will know our Spock-ish argument: that this is not logical. It is understandable, but that does not make it correct. Our friends and colleagues in Hawskmoor Fund Managers have long used an analogy of investors picking up pennies in front of a steam roller. That is not our game and one of the big questions that will be rolled into 2022 is when will markets start to accept that bond yields have to rise?

We should also mention what is possibly one of the most important moments in the history of the oil industry: Shell’s decision not to proceed with its planned investment into the North Sea’s Cambo field. The one thing that is certain is that this is important. The tricky bits are working out why and for whom? On the one hand, it could be the first genuine piece of evidence that Shell really does intend to transition to a non-carbon future. On the other, it could mean that the climate activists have just denied shareholders a couple of decades of profitable extraction. It is probably both.

The world is changing around us, and I would argue more so in the past two or three years than in the preceding combined thirty-two or thirty-three in which I have been working. Three years ago none us, or almost none of us, would have envisaged a planet struggling to come to terms with a pandemic. Nor of one where oil companies are seemingly pulling out of profitable developments, humming our titular Steely Dan tune, as a result of accepting the reality of climate change.

Finally, a big well done to everyone who knew the references to Adam and the Ants’ Goody Two Shoes and to Steely Dan’s Black Friday. Today, we stick to the apparently popular 1982 and another easy one, if you know it: “We are young, but getting old before our time. We’ll leave the TV and radio behind.”

HA804/323
All charts and data sourced from FactSet