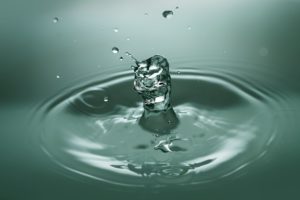 In a way it would have been nice not to start with Boris this week. But if someone keeps bowling half volleys it is rude not to dispatch them to the boundary.

Anyway, Boris’s leadership bid is well underway. Having opened last week with the race card, he is now onto the old ‘crisis’ trick. It is a tried and trusted bit of skullduggery: to identify a crisis that doesn’t exist, tell everybody that it definitely is a crisis and then how brilliant you were in solving something that never needed solving in the first place.

Very clever. He is not going to lose too many friends amongst home owners by saying that stamp duty is a bad thing, and that the major house builders build rubbish houses. They are easy targets. What will come next week? Train companies? Potholes? Broadband speeds? Absolute return funds?

It is easy to make fun. The problem is that Johnson matters. He shares, like Blair and Brown before him, an irresistible lust for power. His chosen means to getting Pickfords to deliver his tallboy to Downing Street is very skillful; he is tweaking Dubcek’s famous interpretation of socialism into what we may dub ‘Thatcherism with a human face’.

Where does this leave British politics and Brexit? Right in the mixer, spinning at around 1200 revs. According to a number of polls over the past week, the last thing anyone would want at the moment is an election. The Tories lead (there is a very effective anti-Corbyn process underway), but confidence in Mrs May’s ability to deliver a ‘good’ Brexit is the lowest ever. The door for Boris appears to be open, except that the UK is now alleged to be the most anti-Brexit since the referendum.

It is thus not a huge surprise that the pound is, in technical terms, taking a bath. Having been US $1.43 in April, sterling is now heading to $1.27. That is not a great vote of confidence. The silver lining is that the markets are showing unmistakable signs of discounting a Brexit mess well before it is actually confirmed.
A right mess is also what is happening to GAM’s absolute return funds. What appeared to be a matter of some, but not massive, importance has become something of a nightmare. A decision to liquidate several billion pounds worth of absolute return funds is a shocker. It also sheds some illumination onto the minefield of this arguably misunderstood niche of the cautious portfolio.

I frequently have to caveat my comments with an extra disclaimer that these are my own views and need not reflect the much more considered company view. I fear I need to do so again with the next couple of paragraphs.

In my view, a great deal of the growth of absolute return funds is an unintended consequence of Quantitative Easing. As the returns on cash fell to zero, so this fuelled demand for funds that produced something slightly better, but with not much more risk. If bank rate was 5% (or maybe even 3%) and we could actually get that type of return from cash, none of us would need absolute return funds. Neither, incidentally, would anyone be too worried whether platform charges were 30 or 35bps.

Cash is the ultimate absolute return asset. QE drove demand for funds that produced cash-like returns, but higher. Standard Life stole a march on the market and creamed it with GARS. The lust for funds under management duly spawned any number of wannabes. Some have been fine, others less so.
Popularity and size bring liquidity problems. A few tens of millions of pounds are easily parked. The problem with billions is that, unless one is very careful, unparking the juggernaut can be awfully difficult. And expensive. Imagine, just for a minute, that you are an institution on the other side of one of the trades that GAM has said it is going to unwind. Are you going to think that it is jolly bad luck for them and do your best to help out? Or are you going to squeeze a forced seller until their pips pop?

Funds that play the role of cash in a portfolio should not have liquidity problems. A run on an absolute return fund should not need it to be closed to redemptions. Liquidity is a very important factor when one assesses properly the risk of a fund. If you restrict yourself to the traditional factors of volatility and drawdown, how do you think a Ponzi will look? Answer: perfect.

A select few knew last week’s Madonna reference. Today, if ‘a’ is for ‘orses and ‘b’ for mutton, what is ‘m’ for?