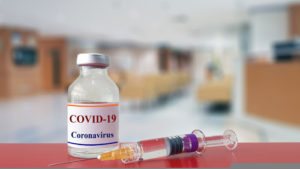 Please forgive a little personal indulgence this morning. I logged on this morning to the news that the person I have long regarded as the greatest journalist that I have ever read – Robert Fisk – died at the weekend. He was an utterly invaluable source of both information and perspective, coupled with a power of prose that was spellbinding. It is a sad day.

We must move on to COVID and lockdown. Whichever way one may choose to slice this Victoria sponge, the western incarnation of lockdown has failed. The UK may be at the wrong end of this unfortunate spectrum, but the criticism holds true for broadly all of Europe and most certainly for the extraordinary shambles that is the United States. Domestically, the UK (I use the term loosely, I refer mostly to England) has both failed to control the disease and inflicted appalling damage on the economy. Being eternal optimists, too many of us have probably tried to deny the truth of this.

We can all argue about best intentions, and difficult juggling acts (is there an easy juggling act), and so on, but there is no escaping that we have sailed up the wrong creek and are now left with horribly unpalatable choices. We can continue on the same bearing, lurching in and out of lockdowns of varying degrees, until there is a vaccine. This is the first of the two possible ways out, the elusive exit strategies. Evidence grows almost daily that the quest for herd immunity will be futile. It appears as if COVID-19 is following the same pattern as the common cold, and our antibody immunity after infection is time-limited. Given time, we regain a liability to infection. Which means also that any vaccine will not be one-and-done, but will have to be given, to everyone, probably twice a year. And this is all, of course, dependent on their being a vaccine that is both safe and works.

There is another way. With the eternal gift of hindsight, this would have worked in March but is now massively more difficult. It is the small pox solution. The virus is not mitigated, it is eliminated. It is the strategy that has been followed by most of Asia. We would close the borders, the airports, the Tunnel. No one in, no one out. We have a test, track-and-trace that works, and those required to isolate do so at approved locations: they are taken out of circulation until they are in the clear. The bars are closed, every hospitality venue provides takeaways, there is no eating-in. Every shop, every mall, every hotel takes your temperature before you can go in. If you are outside your house, you wear a mask, all the time. The roads have military check points.

As a huge simplification, in much of Asia this has already worked. Here, we are more inclined to believe in our right to a day trip to Bangor or Barnard Castle. Our level of infection probably means that elimination of the virus is no longer possible: it is embedded in the population and is here to stay forever. Our way out of COVID depends on a wing, a prayer, a vaccine.

European equity markets, and notably the UK, are back to the levels of late March and early April. There is cold, harsh and realistic logic to this. It is important to remember that ‘markets’ are only an artificial average of their component parts, and that the transition leaders will continue to lead. The renewed lockdowns only reinforce the importance of the digital over the physical. But what of the laggards? Will western governments leave these to flounder on the rocks of lockdown, or will they keep the printing presses running? It is a key question: governments and Central Banks have the ability to keep the support schemes going. They may wish to protest that they are prudent stewards of the public purse; the reality is that they have no option but to keep financing their economies. Too many businesses are down to their last coppers; for the government again to pull the plug on their revenues and not to provide support would be horrendous. Messrs Johnson, Sunak and Bailey have some easy decisions to make. The issue is whether they have the courage to do so.

There is also the little matter of the US elections this week. Goodness me. I am not going to fall into the trap of a prediction, and I shall write more later in the week, when the result will hopefully be known. I do though repeat last week’s message that an unclear result is the worst of the three possible outcomes of the presidential vote for the markets.

Finally, well done to all those who spotted that we were mending a hole in my bucket last week. Plus a special mention to the very select few who also added Alaska to the answers. Today, some Python for light relief: what role did Ernest Scribbler play in World War II?

HA804/277
All charts and data sourced from FactSet