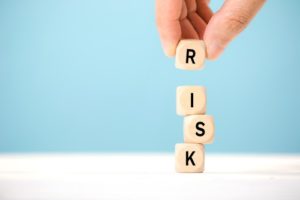 It is the Ides of March. The occasion would be meaningless were it not for Shakespeare. The Bard however has ensured that the 74th day of the Roman calendar is entrenched into British culture and that two days before St Patrick’s Day, we should all ‘beware’. It is possibly a lesson to us all in how something very small can turn out to be historic. The Soothsayer only has three lines in Act I of Julius Caesar: one is a single word long and the other two are exactly the same. But in the course of six words, Shakespeare rewrote both Roman and English literary history.

This is a very roundabout way of bringing me to the subject of risk. And of being ‘beware’. I am possibly going to be controversial here, but I am going to argue that a great deal of what we are taught about investment risk is wrong. Anyone wishing to accuse me of crass over-simplification is more than welcome and you are probably quite right. But I only have 800 or so words, not a Nobel challenging thesis. Beware prices that have already risen.

Here goes. The basis of ‘investment risk’, as is most widely practised, is that what has gone up will keep going up, and what has gone down should be avoided, because it is risky. We are taught to look at the annual returns made in the past, and the volatility (or ups and downs) of those returns. The best investments must surely be those that have provided the best returns at the least volatility? Or what the finance industry disingenuously calls ‘risk-adjusted returns’. There is, regrettably, a teeny flaw in the plan. And here I paraphrase Captain Blackadder: it is nonsense.

Let me illustrate, or prove this, with a terribly simple example. Imagine an investment, or an asset, that has been popular and successful in equal measure. The price has risen for years, with barely a flutter to notice. So much so, that investors are happy to keep buying regardless of the reality that the stock market value of the shares has lost all touch with the cash flows from the underlying businesses. Investors are prepared to pay £100 upfront for £75 of cash in a year’s time. This is a crude, but reasonably accurate, description of commercial property in 2005. Risk models said commercial property was the lowest risk asset in which it was possible to invest, and that one should invest the maximum possible into it. The property market, of course, was on the cusp of a crash.

So let us fast forward to 2021, where the problem is even worse. The investment merit UK commercial property is something that can be ignored if one so chooses. It is less easy to brush aside global equity. Asset classes are typically identified by indices: thus if reference is made to ‘UK equities’ most listeners will take this as being a particular index, usually the FTSE 100. When talking about ‘US equities’, this would normally mean the Dow Jones Industrial Average, or the S&P 500 Index. Global equity is therefore comprised of a number of underlying country indices, of which the United States is the dominant component.

The problem that I am alluding to is that the US equity market has risen a long way, and very smoothly, since last year’s 22nd March trough. It is showing strong gains on low volatility. And so, therefore, has ‘global equity’. If one’s investments had differed from this, one has been deemed to have been taking higher risks. The point is that these are not additional, or extra, or higher risks, they are different ones. It cannot be right that the way to reduce risk is to buy the same shares, and take on the same valuation risks, as everyone else, can it? It is akin to believing that one has found refuge in the midst of a herd of wildebeests, only to find that they were actually lemmings. The greatest risks in portfolios are those that cannot be measured.

This week the Federal Reserve and the Bank of England both have their chances to opine on monetary policy and the rises in bond yields. Neither is likely to change anything, and both will probably say that the higher bond yields are validations of what good jobs they have done in getting the economies back on track. That is probably fair enough. Sometimes, though, markets get bored and pick a fight. It feels as if the Central Banks’ willingness to let bond yields rise is going to be tested, and probably sooner rather than later. The words are fine so far, but the parsnips are as yet unbuttered.

Finally, I think I may have won with last week’s excerpt from the theme to The Pink Panther Show. Today, continuing the feline theme: if Top Cat was Ernie Bilko, who was Officer Dibble?

HA804/294
All charts and data sourced from FactSet