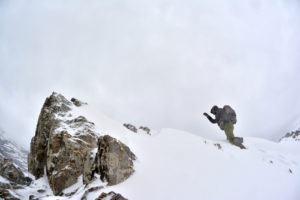 Mike Pence will have had better weekends. The prospect of his becoming president, for either the next month or the next four years, was enough to give markets a nasty little scare last Friday. Now that Mr Trump appears to be on the COVID-mend, and Mr Pence is no longer about to step onto the top of the global governmental podium, there is a blue sigh of relief across the dealing screens this morning. It seems a tad harsh.

If anyone were to succumb to the conspiracy theory that the whole Trump thing was, er, trumped up, then it has failed miserably. The really rather awful presidential so-called debate last week has served merely to cement Biden’s lead in the latest opinion polls. It is probably usual for this stage of proceedings that we see the usual patronizing British attitude of ‘are those two really the best they can come up with?’ It is also especially harsh after the choice faced by the Great British Electorate last December (with my frequently wheeled out apologies to supporters of both sides).

Just as we in the UK had last year, America is faced with a choice between two starkly different options. Biden’s proposition is shaped on a very large shift to environmental and decarbonizing issues. Trump’s is built on ‘more of the same’. Both are potentially business-friendly on average, but with polar opposites once we come down to industry levels. US renewable energy stocks, for instance, have soared this year in anticipation of a Biden victory. They will almost certainly keep on going should he win; but they are equally vulnerable should the tide turn.

A sea change in US environmental policy though is only a matter of time. Should Trump win the election the transition to zero carbon is delayed, not cancelled. The rest of the world, and global business, is moving ahead regardless. In our parochial world in the UK, we have the national treasure of King David Attenborough, ably assisted by some other minor royals, reminding our consciences that we all have do ‘something’. He also quite rightly points that China, despite being a complex and contradictory specimen, is actually right at the vanguard of environmental change. They ought to be: China is the most populous nation in the known universe, and the future of the only habitable planet that homo sapiens has yet found, matters most to China.

I accept that my last supposition may be disputed by the Maldives, or Fiji, or anywhere else likely to be under seawater in the next century, but I hope that you take my point. Last month China committed to carbon-net-zero by 2060. This may be a decade later than most others are aiming for, but let’s not quibble over detail in what is a significant step forwards in global carbon transition.

Sticking with the transition theme for a moment, you will doubtless have seen that Cineworld’s struggles have been stretched even further by yet another postponement to the launch of No Time To Die. There are two lessons, one about COVID and the other about debt-funded acquisitions. First, the COVID transition is going to have some major casualties along the way. We can argue about whether or not cinema has a future that resembles the past (we would all just be guessing); Cineworld’s challenges have become existential problems because of its long-running debt-funded acquisition spree. The combination of a very weak balance sheet and no revenues is not a good one.

It is natural that the bad news stories dominate the headlines. We have more fun scouring the classified ads for a different perspective. We guess that not many will have noticed that Auto Trader has reported that used car prices in the UK rose by an impressive 7.6% in September. This follows a 6.1% rise in August. In round numbers, that makes 14% in two months. Wow. This morning we have also seen that new car registrations in September were down 4.4% year on year. Dependent upon one’s perspective and one’s newspaper of choice, that is either very bad or rather good. We tend towards the latter. But if, like Sergeant O’Leary, you were thinking of trading in your Chevy for a Cadillac (ref Billy Joel, I should really say Dacia for a Beamer), you currently have a very strong hand.

This week is expected to be fairly quiet, Trump and Brexit excepted. The major company announcement is scheduled to be Tesco’s interim results on Wednesday morning, when we hope to gain further insight into the state of the country’s largest online retailer (excluding Amazon, of course).

Finally, well done to those who knew that the royalties from Chiquitita are donated to UNICEF. Today, we go to Edward Lear: where would you have found “two owls and a hen, four larks and a wren”?

HA804/274
All charts and data sourced from FactSet