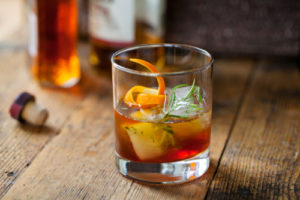 It is time to take stock of things as we head towards the end of the second quarter of the year. Despite last week’s arguably overdue bounce in the US equity markets, it has been a miserable three months for investors. There is a caveat to this, which we shall come on to, but the combination of extraordinarily high inflation and the start of a monetary tightening cycle has been painful for almost everyone. Nonetheless, there are enough straws in the wind to suggest better times ahead for the patient.

You could be forgiven for not having spotted that the standout equity markets over the past quarter have been in China. The news coverage, which is sensationalist by definition, has been about Covid lockdowns, President Xi’s ego and much slower economic growth. The MSCI China Index has risen more than 10% over the past month and is currently up an approximate 5% over the past three months. That quarterly performance is roughly 20% better than the MSCI USA Index.

China’s official annual inflation rate is currently 2.1%. It is prone to some quite sharp monthly wobbles, but it is fair generalisation to say that China runs with an inflation rate of around 2%, while the West is currently trying to work out how to deal with 10%. The divergence is stark.

Now that we have established that the world is not equal, we can move onto what might happen in the West over the next twelve or so months. To borrow a phrase from Billy Joel, ‘when I wore a younger man’s clothes’ we were taught, correctly, that inflation was what economists called a lag-indicator. It is a consequence of past actions. I am not quite sure how this has happened, but that blatant truism appears to have been completely forgotten. The root of double-digit inflation is not what has happened over the past three or four months. What we are seeing, in gardening terms, are the leaves, the fruits and the flowers of plants sowed long ago.

The cry of the mob is now for higher interest rates. This would be the same mob that bayed for more and more quantitative easing. And on the basis that Central Banks currently kowtow to politicians and markets alike, higher interest rates are what we are getting. These will, of course, over coming months have absolutely no impact on inflation whatsoever. They may, though, give economic growth a nasty jolt. Perversely, this may be just what the markets are looking for.

Here I backtrack to what has originally inflamed inflation. It is a truism that if you ask this question of half a dozen economists, you will receive a dozen answers. Let us just assume for a moment that inflation is a reflection of the amount of money in an economy, the speed at which that money is passed from hand to hand and of the rate of growth of the economy. It is perhaps a sweet old-fashioned notion (to borrow from Tina Turner), but this is the basis of what economists call ‘monetarism’.

Now the monetarists (who, we should point out, have been alarmingly successful in predicting the current state of affairs) will argue that the Central Banks have already, unwittingly maybe, put in place the building blocks of lower inflation. The cessation, and the nascent unwinding, of QE has already seen the growth of money supplies collapse. This is especially so in the United States. Whisper this quietly, but inflation is already set to fall. Not this year, but in 2023 and 2024. Next year will also, we all hope, benefit from not repeating this year’s rises in energy costs.

That would allow the Central Banks in general and the Federal Reserve in particular to stop raising interest rates and probably to start cutting them again. The speed and the amount will depend mostly upon how much the economy has slowed in the meantime. It is quite possible to construct a scenario in which the United States does not have a recession at some stage over the next year, and in which the Federal Reserve ends up loosening policy again.

The question that we are most frequently asked at the moment, entirely reasonably, is whether it is yet time to start buying again. The answer, of course, is that it all depends. It all depends upon one’s timescale. Over the coming quarter, it is hard to look beyond the safety of higher yielding equities, pockets of value in bond markets, and the index-linked revenue streams of a number of property and infrastructure funds (including what are currently referred to as ‘real assets’).  No matter how we might wish differently, markets are going to stay very choppy. However, over a longer time horizon – say 12 to 24 months – we see many equities with the potential for share prices substantially higher. We see these on two fronts. First, there are global leaders where the current share prices factor in long-term growth rates of near zero, a valuation that strikes us as being unnaturally pessimistic. And second, we are seeing an extraordinary number of stocks with the age-old flag of value in having price to earnings ratios (the p/e) lower than their dividend yields.

The stumbling block is the next couple of quarters. As Keynes taught, the markets can remain irrational longer than you can remain solvent. No matter what we think of the value of the equities we can find at the moment, there is nothing to stop these becoming considerably cheaper yet. For the longer-term and patient investors, there are good pickings to be had. For the nervous, the rollercoaster is going to keep on rolling.

Finally, well done to the few who knew last week’s snippet from A Town Called Malice. Today, which wonderfully punned song from 1982 contained the lines “Chalk dust. Everyone could see that there was chalk dust”?

FPC365
All charts and data sourced from FactSet