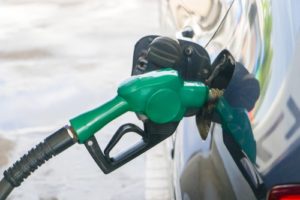 A fortnight ago we were arguing that the UK should issue gilts to plug the gaps in the costs of care provision. Since then we have had the inaugural issue of a ‘green’ gilt being ten times oversubscribed: bids of more than £100bn were received for a mere £10bn issue. That leaves a spare £90bn still looking for a home in order to be invested responsibly, sustainably and for good. The arguments in favour of care gilts strike us as very strong, no matter how unlikely it is that this will ever happen.

One should never under-estimate the propensity of the British to queue. Nor of the media to spin a scare story. There is no surer way of running out of petrol than for the television news to run a story that we are running out of petrol. It is not quite the same as Northern Rock, but there are striking similarities. If there was way one of guaranteeing that a bank runs out of money, it is to run a news article saying that it will run out of money. It is self-fulfilling. Of course the petrol stations are going to run dry if everyone turns up to fill up at the same time. And especially so at the end of a week dominated by the apparent falling apart of the energy market.

There are a number of explanations given for the energy shenanigans. None of these quite makes sense by itself, meaning that it is probably an unfortunate happenstance of coincidences. It started with a prolonged period of calm weather, which meant a large shortfall in input by the wind industry. Hard on the heels of this, the cable that allows the UK to import electricity caught fire. Now it appears that everyone is convinced that Russia has allowed its reserves of gas to run down, and that means no one can top up their supplies in anticipation of a cold winter.

Hey presto, the gas price soars and a number of providers find that they cannot fulfil their commitments to fixed price contracts. My point, though, is not so much about the fragility of the UK’s, and arguably global, energy supplies. Or the fragility of so many parts of the economy that are being laid bare by covid, which is a topic for another column. Instead we have the ghastly portmanteau of stagflation raising its fearful head.

We can only have sympathy with the travails of the Central Banks in coping with the combination of the worsening inflation problem and slowing growth. It is no surprise that last week both the Federal Reserve and the Bank of England effectively said that they have no idea what to do. The state of inflation means that they both know they should be tightening policy, but the economies have hit so many bottlenecks that there are big question marks over what is going to happen over the course of the autumn and winter. Both are following the Churchillian tactic of doing nothing when in doubt.

Furlough is coming to an end this week. The £80-a-month boost to universal credit ends next week. Friday also sees the end of the cut to housing stamp duty. Where you can find a pump with diesel in it, it will relieve your wallet, purse or Apple Pay of £1.40 per litre. According to Iona Bain of inews, a pint in her West London local will leave your worldly wealth poorer to the tune of £6.80. Stagflation is not so much a threat of the future, but the reality of here and now.

At present, the ‘stag’ part of this is a slowing of growth in the post-lockdown confusion, rather than a lurch back into contraction. That is the way that it should stay, but there are no guarantees about this. High, and possibly rising, inflation and slower growth are a combination that is going to make progress tricky for financial markets for the remainder of the year. We feel that investors are likely to wish to focus back on the highest quality, most reliable company earnings, and especially on those businesses with the ability to raise prices without dampening demand. Bond yields have finally been edging upwards over the past couple of weeks, and feel especially vulnerable.

HA804/315
All charts and data sourced from FactSet