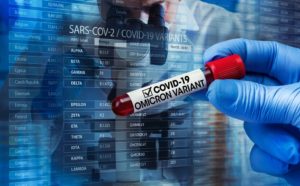 Whatever happened to xi?

The grey men did not quite fall from the fourteenth floor, but last Friday was an overdue reminder that markets are still markets. It is hard to take issue with the sensible view that the falls in equities in response to the breaking news of the omicron variant of covid were an over-reaction, but one that is understandable enough. Black Friday can be a skittish day for the markets and last week was nothing more nor less than that.

Our title this week is not to do with the Chinese leader, but a nod to the variants of covid-19 that escape the public eye. We are all familiar with the ‘delta’ incarnation of the virus, but on Friday we jumped eleven letters of the Greek alphabet. For a few fleeting minutes omicron was reported as being ‘nu’, before everyone settled two letters further on. I do not know whether xi was conveniently hurdled in order to avoid an international incident (and adding colour to DT’s use of ‘the China virus’), but one can see the logic. Presumably the other nine Greek letters that we have avoided were identified variants, but not of interest. It is worth though just remembering that it is the normal development of a virus to become more transmissible and less deadly.

I also come back to one of my ongoing themes of modern financial life: that of media overload. ‘News’ has become a commodity by which providers sell advertising. It is in their interests to make ‘news’ as sensationalist as possible. To be fair, a new covid variant, a travel ban and mask-wearing is a sensationalism open goal and the national media duly made hay. It was as if we are all going back to square one, without passing Go. And in case no one has previously noticed, I do love a mixed metaphor.

The shares that were hardest hit around the world on Friday were predictably those associated with travel and leisure. That is the nature of the beasts and is not going to change until either everyone is vaccinated (which is not going to happen), or everyone gets bored of covid and forgets about it (which may happen, but not for a while). The least affected were the stocks investors like to refer to as ‘global leaders’, especially the large US technology companies. The argument is simply that omicron is not going to affect Microsoft, but no one is going skiing in Switzerland or roaming the Serengeti for a while. Rapidly rising share prices are the greatest disguise that risk can ever take. The seduction of short-term paper profits can readily distract one’s focus from the virtues of long-proven quality; we hope that our heads are not so easily turned.

November turns into December on Wednesday and we have the usual turn of the month data overload to look forward to. The key number will be Friday’s US non-farm payrolls. The market has spent most of this year being clueless about the monthly ups and downs of hiring in the United States, and has taken to reacting quite sharply to the hits and misses. As we have said before, however, the underlying trend in the US has been very strong and is likely to remain so.

We will all argue about whether omicron, pi, rho, sigma and tau will be in- or de-flationary. None of us know, of course, but it is not easy to see how restrictions on movements, both internally and across borders, will improve the supply bottlenecks that so many businesses currently face. These are short-term issues. In the longer-term it is intriguing to try to understand the extent to which pricing power is shifting from employers to employees, and also to gauge the speed with which this is happening.