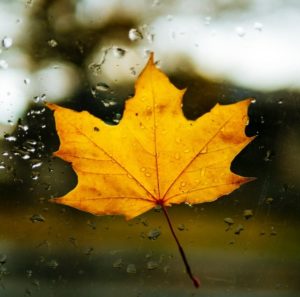 They say we’ll have some fun if it stops raining

My apologies for the absence of last week’s Innovation. If anyone missed us, I was away on family duties in the North, getting in a visit before the bollards are put up across the M6. Never mind the Irish Border problem, we are half-way to English North-South customs checks. Still, I am happy to report that it was remarkably busy in and around Greater Manchester.

But on with this week. Perhaps it is the shortening of the days, or maybe it is a side-effect of my experimentation with beardiness, but as October progresses I feel more and more of an irascible old curmudgeon. I hope it is not just me, but why is it that so much of what we have to process each day has become so tedious?

Let’s start to go through them. Zoom calls, or Teams, or whatever other online meeting kit it is that you use. A few months ago these were quite fun, even rather helpful. Whilst working from home, we could keep in touch with not only our friends and colleagues, but also we could be invited to audience with the great and the good. Now, Zoom (as we tend to generically call these virtual plagues) has taken over our lives. We spend so much time zooming it is nigh on impossible to get the work done. Humans are not naturally isolationist, and zooming is an important replacement for the normal healthy interactions of office life. But just think how wonderful it would be to have a whole week free of these accursed zooms.

Then there is politics. My reference crosses all boundaries and Atlantic Oceans. For goodness sake, why can’t everyone just get on and agree some stuff? Every day we have to wonder if the Republicans and Democrats will agree to the next virus support package. And every day has the same pointless slanging from both sides. Presumably this is because the issue is deemed to be sensitive to the presidential election campaign. This, of course, is tedious beyond words. Except I am going to try to put it into words. So apologies to anyone who actually supports either Trump or Biden: they both get my goat. We have a windbag of bile versus a windbag of precious little. Regrettably it matters to the whole world who it is that wins this parochial election of windiness. But won’t it be wonderful when it is just all over.

Precisely the same holds true for Brexit. On and on and on and on and on. Both sides saying ‘it’s your fault’, while pretending not to know that the whole world clicked ages ago that neither actually wants a deal. The EU wants to hold out the UK as an example, a deterrent to anyone else who might want to jump ship. Just as our government believes No Deal is the mandate of the referendum. Just get on with it.

Staying with the Government of the United Kingdom, we need to come on to COVID. Just what is going on? We are supposed to have this new Tier system, with transparency and consistency. Yeah right. The reality has already proved to be that anyone in whichever Tier can negotiate their own local terms and conditions, and we are straight back to stage one. So two friends in Lancaster, for example, cannot meet for a beer in a pub in town, but they are fine if they pop to Kendal. I think. Yes. Exactly. Brilliant.

Zoom fatigue. Trump fatigue. Brexit fatigue. COVID fatigue. I really do not know if this is merely me, or whether it is a symptom of the new routines of working from home. The answer is probably a bit of both. There are plenty of cheery things that I should be writing about instead. The (Exeter) Chiefs, for example. Or Spurs conceding three goals in the last two minutes, or something like that. Or that more and more of the companies we follow are reporting that 2020 has not been as bad as they feared back in the spring and summer. For some – with hospitality, leisure and entertainment being the obvious examples – it is a relentlessly miserable time, with minimal business and ever-shifting COVID goalposts. For others, in a statement that adds precious little value, it has been much better and nowhere near as bad as it might have been. We are now getting into the time when companies report on how they traded in July, August and September. Let us quickly look at two examples from the UK last week: first, Lookers, one of our larger sellers of cars. Lookers has reported that the profits in the late summer have all but made up for the losses in the whole of the first half of the year. That is a stunning recovery in the auto market. And second, AO (let’s go) World stated that demand for its online provision of white goods, in both the UK and in Germany, is booming.

There, I have vented a little spleen. And finished on a brighter note. It feels as if I have just written a letter home from Camp Granada.