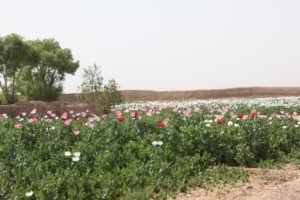 A long distant part of my education was spent at the institution, near Reading, known as Bradfield College. At some stage in the sixth form we all attended a week long jamboree of anthropology and theism, which broadly covered the history of the world up until 1982. For whatever reason, one the things I have always remembered from this was the lesson that no one has ever successfully invaded Afghanistan. Regrettably history also proves that this very simple truth is all too frequently forgotten.

The success of what is now referred to as the Taliban has been utterly predictable since the George Bush decided that Afghanistan was a good place to invade and pretend to bash Al Qaeda in response to 9/11. No matter that 15 of the 19 hijackers were Saudi, or 16 out of 20 if we include Bin Laden. Readers will hopefully remember that last November we took time to mourn the sudden and premature death of Robert Fisk. Fisk was the greatest journalist I have read; the events in Afghanistan are that much harder to understand without his scalpel-sharp talent of writing the truth. We do though have many years of his predictions of exactly what has played out over the weeks and months since President Biden announced the complete withdrawal of US troops by September.

It is very easy to be harsh about Biden. That does not mean that it is wrong to be so and we should not shy away from this being a decision of historic incompetence. The groundwork for what we are seeing was laid down by his predecessor; in fact, every predecessor dating back to Bush’s historically diabolic decision to invade in the first place.

Robert Fisk predicted for years that the West would withdraw troops from Afghanistan and leave everyone there behind to face the consequences. He knew he was right. He also taught over many years how the country works. It is not a country in the way that we understand from this green and pleasant land. It is, and always has been, a ramshackle conglomeration of local fiefdoms and warlords. It always will be. The concept that we, the West, could invade and liberate an oppressed people by imposing democracy is frankly deranged.

The group known as the Taliban has not conquered the country. It has struck a series of deals with local tribal leaders. That is the way Afghanistan works. Fisk’s argument was that as much as the Taliban’s taking of power was wholly predictable, this would not turn the country, in his words, into Islamistan or Talibanistan, but to Mafiastan. And that means poppies. Lots and lots of poppies.

Some things in the world have changed since September 1839, when we first went to war to protect the opium trade of the British East India Company. China had the audacity not only to complain about the damage being done by addiction to primarily British smuggled opium, but also to do something about. And we went to war to protect our right to trade opiates. There is a certain irony that a huge increase in opiates imported to our own shores is almost certain to be one of the consequences of our withdrawal now from the world’s premier grower of poppies.

The other import, of course, is going to be violence. It may be equally ironic that the country invaded by Bush to attack terrorism is now almost certain to turn into a cooking pot for everything that he was trying to stop. Having eventually been beaten in Syria and Iraq, ISIS (or something similar) now has an undefended open door in parts of Afghanistan. And we know what will follow; not overnight, but it will happen.

Financial markets have long moved away from the time when they were affected by terrorism. That resolve will be retested. As will the rising acceptance of the legalization of cannabis. A flood of opiates can go one of two ways: an acceleration of decriminalization, or a step back. The latter feels the more likely.

My apologies for the diatribe of politics and history this week. It is actually rather more important than July’s inflation data.