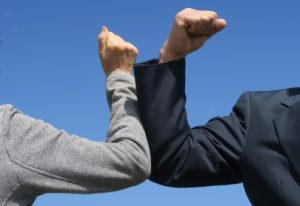 A Shot in the Arm

Some people are on the pitch. They think it’s all over. Ken Wolstenholme’s 1966 commentary has become something of a national treasure. It is as much a part of the psyche of the English as a cup of tea in a National Trust garden, the Queen’s Speech or a chicken biryani with pilau rice and a garlic naan. From the reaction to last week’s news that there may be a vaccine for COVID-19 that works, you could be forgiven for thinking the pandemic is ‘all over’. Surprise surprise, unfortunately it is not that simple.

First, let us just touch on the significance this morning of Boris. He is self-isolating and proclaiming that he is as fit as a butcher’s dog, with anti-bodies coursing his veins. He may very well be right. Indeed, we all hope that he is right (and any similarity between his view of his own health and those of Prince George’s description of Sir Talbot Buxomly MP are purely the work of my puerile imagination). But what would happen if BJ ends up with a second spell in the ICU. What if the newly spring-cleaned PM is the worked example to demonstrate that immunity to COVID really does wear off? Where does that leave the vaccine?

That would make things really rather complicated. But let’s not be too gloomy today and assume that Boris does indeed sail through his isolation with vim and vigour. The example he sets is, er, exemplary. Rigorous isolation is a crucial part of the path to zero incidence, which is where we have to get to. And this is without even touching on the truism that all the vaccines are being rushed through the regulatory hoops without us knowing very much about them. We have only known about the disease itself for less than a year, let alone how to treat or avoid it. We are still in this for the long haul.

So what have the financial markets actually done? Frankly, I have read a lot of absolute garbage about this over the past week. The stories about how such and such a hedge fund manager has described the one day (ONE DAY) move as being so unlikely as to be statistically impossible in the history of the universe tell us only how useless their models are.

November 2020, we are told, is the great rotation from growth to value. Jim Royle had an expression for this. It is very important to stress what we are not seeing – and that is selling of the large tech stocks. There are exceptions, of course, and Zoom fell quite heavily (though we are unsure of Zoom anyway: video conferencing looks a competitive marke, and one that is very hard to monetize). But how can there be a ‘great rotation’ when Alphabet, for example, set a new high at the end of last week?

What we have seen, though, is a reassessment of economically sensitive laggards. The banks, the oil companies, the travel agents had been pricing in a write-off of 2021 and a modest rebound in 2022. The vaccine news means that timescale might be brought forwards by six months. That is undoubtedly good and welcome news. It does not, though, mean that Geoff Hurst has just completed his hat-trick and that COVID is all over and done with.

According to statista (https://www.statista.com/statistics/1102816/coronavirus-covid19-cases-number-us-americans-by-day/), daily infections in the US are running at around 180,000 a day, with this having roughly doubled in the past fortnight. All else being equal, that will mean a daily count of 350,000-ish by the end of the month. Or around 1.5m a day by the turn of the year. That is quite something for even a vaccine-emboldened President Biden to turn round.

I need to come back to Boris, and this time to Brexit. I have been very consistent, I hope, in my assertions that I had seen nothing from the current government to indicate that a No Deal exit was not its preferred policy. I now have to modify this. The sackings of Dominic Cummings and the other chap who almost nobody had ever heard of (Lee Cain, and he may actually have resigned) may mean that there are last minute cold feet in Number 10 about No Deal, or the chances of getting a trade deal with Biden if they hang Northern Ireland out to dry. This has suddenly become interesting.

Finally, on this very busy Monday, we traverse the world and come to the new RCEP: the Regional Comprehensive Economic Partnership. This is a free trade arrangement, 8 years in the making, which unites South East Asia with China, Japan and South Korea (plus Australia and New Zealand). The Chinese dominated Asian trading block is developing very fast. Biden is said to be almost as wary as Trump of China; how he deals with the RCEP and Beijing will determine the shape of world trade for decades to come. Strong battle lines are being drawn and it is hard not to feel as if it is advantage China. Biden has a really tough job on his hands.