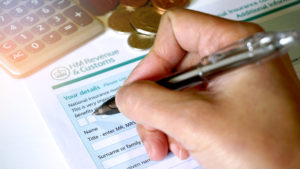 It is quite difficult not to start with Boris this week. I leave the pluses and minuses of his fixes for the care industry to everyone else, and ponder more on the wisdom or folly of using taxation as a means to raise revenue for the government. This feels a very odd question, but the current era of near zero interest rates and gargantuan amounts of debt genuinely challenges the validity of tax as a means of funding spending.

So let us start with some statistics and assumptions. With a little rounding, the gilt market currently totals £2 trillion. That is a lot. It is more debt than is possible to repay. Ever. But that no longer matters. The cost of the government’s borrowing is as close to nil as makes precious little difference. At the time of typing, the yield to maturity of a gilt maturing in five years’ time is 0.33%. If we apply that rate of interest to the entire market, just for the fun of it, we arrive at an annual cost of a paltry £6.6bn. That is not a lot.

The cost of each additional £1bn of debt is an almost irrelevant £3.3m. And so, if Boris and Rishi think that they might be able to fix the care industry with, say, a spare £12bn (a number plucked from the air, but which coincides with the suggested amount of the annual tax rise), that would add an annual cost of £40m. This is broadly what might be found in one of the Treasury’s biscuit tins.

No matter. The reality is that an annual £12bn is to be raised in taxes on the corporate and personal sectors. This is generally a bad thing. The private sector tends to be more efficient than the public sector. The likelihood is that this £12bn annual tax will achieve nothing, other than to tap money that would be better used by other means.

Why not issue more gilts, which can then be merrily bought by the Bank of England? What might the demand be for an annual issue of Care Gilts? Green Gilts are almost upon us. Next week sees the launch of the first Green Gilt (meaning the funds raised will be used specifically for something ‘green’). The government has committed to (if one can still trust this) raising a minimum of £15bn in green issuance this year. We give that a big hurray. But why can that principle not be applied to Care? Would there be demand for an annual issuance of £12bn of gilts to fund care? We would hazard a guess that yes, indeed there would be.

The cost to the annual national bill of £40m is next to nothing, we would avoid the utterly pointless increase in tax and buyers of the gilts would feel much better for making a direct positive contribution to a hugely worthwhile cause. Would this not be a better way? We still inhabit a global economy. Higher taxes are a disincentive to both consumers and to international business. It would be less of a mistake if every other country made a similar rise in tax, but the UK has just taken a step backwards in international competitiveness.

You will have spotted that my entire argument rests on the costs of gilts being next to zero. Undeniably it does. This week this will come under considerable scrutiny as we get the monthly updates to inflation in the UK, United States and Eurozone. Real returns on government bonds are profoundly negative: if we use the States as the most dramatic example, headline inflation of 5.4% contrasts with a 10 year treasury yield of (rounded) 1.3%. That makes a negative real yield of 4.1%. However that pecan pie is sliced, that is anomalously terrible value. The big issue is whether the central banks can manipulate yields for long enough before inflation falls back to much lower levels? They need to.