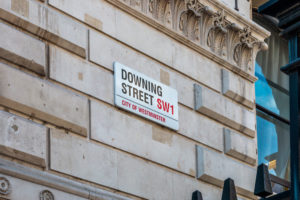 Is you is, or is you ain’t, recession?

As much as I would like to ignore You Know Who, I cannot. Innovation has hopefully strenuously avoided positioning its gluteus maximus on the fence and we would doubtless be accused of precisely this heinous offence were we not to open with Boris this week. So here goes.

If there is one thing that the soon to be erstwhile prime minister got right, it is the role of the herd. We have learned nothing about the incumbent of Number Ten that was not already known from before his election to the party leadership. What has changed is the Party’s view of the electoral risk. Boris has done his job, but now he is a liability and it is time for him to be moved on.

With the exception of the recently departed occupant of Number Eleven, the potential  successors are lining themselves up on the twin bases of honesty and tax cuts. Indeed. So let us focus on the latter. Tax cuts are an obvious tactic. The trick will be in actually delivering on the promises. The trouble is that the magic money tree has disappeared. Cutting tax was easy when there was QE to pay for it. There were no problems issuing gilts with a zero, or near zero, rate of interest and a Bank of England promising to buy them. Neither is still true. Not only is the Bank soon to start unwinding its stock of gilts and bonds, but the cost of issuing gilts is enormously more expensive. We have usually used the yield on the benchmark 5 year gilt as a proxy for the cost to the government of issuing gilts: this currently stands at 1.88%, which is approximately 1.65% more than this time last year.

The markets will now need to process the likelihood of tax cuts matched by higher and more expensive public debt, but also a greater likelihood of the Conservatives winning the next election, whenever that may be. If anyone wishes to dispute the latter assumption, on the basis of the popularity of the unseated Boris, then we readily acknowledge that may well be the case. From an international perspective, however, a spell of stability in government (especially relative to what we have seen from Partygate onwards), plus what is still a weak opposition, would put the Conservatives in a much stronger position.

As we argued in last week’s column, the strength or weakness in the pound makes a very considerable difference to inflation and the cost of living. Sterling is below $1.20 at the time of typing, it would be very helpful if it did not fall any further. We all wait and see who the Conservative Party will deliver as the next prime minister.

Markets, as we know, are torn between the twin devils of inflation and recession. The former, like love, is all around. The latter, like Godot, has yet to show its face. Economists and investment market strategists are unusually united in their predictions that recession is an inevitability. The fly in their ointment is that no one appears to have told businesses. The next two or three weeks will go a long way to resolving this tension, as we move into the period when companies report on how they fared in the previous quarter, and on how they expect the coming months to pan out.

The falls in equity markets that we have seen so far in 2022 have come from investor pessimism, not from lower corporate profits. In investment jargon, this has been a p/e contraction. This is where the recession issue becomes important. But first of all, let us deal with the concept of what is and what ain’t a ‘recession’. The accepted definition is two consecutive quarters of falling GDP, in real terms. It looks odds on that the United States has just done exactly that, although it will take a while for the statistician to prove it.

The whole shooting match is still almost completely befuddled by covid and lockdowns. The US enjoyed very strong growth in the last quarter of 2021. Relative to that, early 2022 was always going to be a struggle and the current view is that the economy shrunk by 1.6% over the first three months, in real terms. The obvious complications of energy prices, inflation and the conflict in Ukraine mean that the quarter just ended may have shown another small fall in activity. Hey presto, recession. So how does one reconcile that with the latest data, from last Friday, that shows that the US economy added nearly 400,000 jobs in June?

It is a good question (and not just because we just asked it). If you can bear with us, we have to throw inflation into the already over-crowded mix. GDP and economic growth are measured and reported after adjustment for inflation: in ‘real terms’. When inflation is 8.6% (the last reported level for CPI in the United States) nominal growth of, say, 7% still equates to a reported fall of 1.6%.

What we appear to have at present is an economy which, by many measures is pretty healthy, may technically be in recession. It is, one might say, a little weird. As Mr Spock never said, it’s recession Jim, but not as we know it. The next few weeks, in which companies tell us what they are actually experiencing, especially in terms of their order books, will go a long way towards resolving whether or not this ‘recession’ will evolve into something that is much more painful than at present. If it does not, as we have pointed out for a number of weeks now, then there are an awful lot of share prices that look extremely cheap. As ever, that is a big ‘if’.

FPC398
All charts and data sourced from FactSet