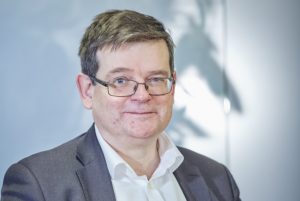 Hawksmoor Investment Management has announced the appointment of James Brent as Chairman of the Board, with David Kempton standing down from the role, but remaining as a Non-Executive Director. James Brent was appointed to Hawksmoor’s Board in January 2018 as a Non-Executive Director, and his experience has been a key element in helping the company formulate its ambitious strategic plans for growth.

“I would like to thank David for his invaluable contribution as Chairman of the Hawksmoor Board for the last 9 years. We are of course delighted that he will remain as a valued member of the Board during the next phase of the Company’s growth, so that we can continue to benefit from his wisdom and energy.
James is an experienced Chairman in a variety of contexts, as well as formerly a senior investment banker. We are looking forward to working with James in his new role and the increased opportunity as Chairman for him to contribute his expertise in support of Hawksmoor’s plans for the future.”