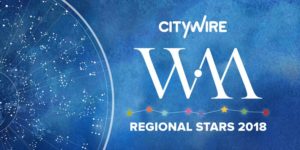 Two of Hawksmoor’s offices have made the shortlist in the annual Citywire Wealth Manager Regional Stars Awards 2018.

The awards, which cover eight major regions of the UK are calculated through ratings given by financial planners to discretionary management firms, based on the quality of their service and investment proposition. For last year’s awards, more than 700 votes were cast by financial planners across the UK.

The winners from each region will be announced at a ceremony on 8 March at the Westminster Park Plaza in London.