Coronavirus – thoughts on the implications for financial markets 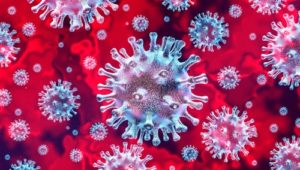 Global stock markets have finally reacted to the coronavirus. After a number of weeks of arguably perplexing stability, asset prices have moved sharply over the past three days. The trigger for this appears to have been last weekend’s news that the Italian government was imposing restrictions of movements in parts of the north of the country. It now appears certain that the virus is spreading rapidly outside China and will continue to do so.

Over the past three days we have falls in equity prices around the world, and some less dramatic rises in the prices of traditional safe havens, notably gold and sovereign bond. This is wholly logical, but to understand the limited significance of these moves in prices we need to remind ourselves of the context.

2019 was a remarkably good year for equity investors. This was especially so in the latter stages of the year, where the near simultaneous British election result and signing of a US-China trade deal caused markets to soar. The US market, for example, rose by 10% during the final quarter of the year, a trend that had continued right up until last week.

It is a truism that when stock markets move this sharply (either up or down), at some stage there will be an equally spikey reversal. And so it is proving this time around. These changes in trend can be very sudden and are frequently based on surprisingly sound logic. The coronavirus (or Covid-19) ticks almost every box of the perfect scare story. It originated on the other side of the world, its impact is unquantifiable, we genuinely have no way of knowing whether or not it is a serious disease and it coincides with stock markets that were already overstretched.

There are two further boxes that it ticks. First, there is a disconnect between what appears to be accepted medical wisdom – that the infection in most cases is relatively mild – with the apparently disproportionate response of ‘authorities’. There is a fear that these authorities know something that is not yet public. The second is that companies are already reporting a material impact on profits. China is the second largest economy in the world, and is both a crucial end market to many businesses as well as being a critical part of many supply chains.

The virus is genuinely disruptive. Estimates of the likely effect on the global economy vary wildly, as you would expect, with the current worst case being a reduction in GDP of 1%. Expectations of growth this year are already modest, with most believing that the world’s economy will expand by between 2.5% and 3%. A 1% reduction is thus significant, but it is not a prediction of recession.

To be able to say definitively whether we are seeing a buying opportunity or if instead we should be selling would require us to know how bad things are going to get. It should be a statement of the exceedingly obvious that we do not. What we can reasonably work out is that the virus is going to spread globally, that we shall see more restrictions on travel, that more factories and offices will either close or work from home. It is a matter of when, not if, the World Health Organization declares this to be a pandemic. The news flow will worsen and the media will make sure that we all know about it.

Financial markets tend to be exceptionally efficient in pricing in this type of scenario. What they are already looking for is evidence from China that the infection rates there are slowing and that the numbers of reported deaths are starting to fall. There are straws in the winds that this may already be happening, but there are also enough sceptics believing that Chinese statistics tend to be delivered with a forked tongue.

In the shorter-term, equity markets will see-saw. It will take time for them to recover composure and we do not expect to see a return to the early February highs until the latter stages of the year. Between times, there will be more unsettling major lurches downwards. It is though likely that we have already passed the worst. We are not seeing panic selling, nor are the rises in the prices of safe havens anything out of the ordinary.

Hawksmoor’s portfolios are also traditionally conservatively constructed and built for the longer-term. We hold a number of safer and duller assets, which act as portfolio ballast at times precisely like these. With the caveat that Covid-19 may prove to be a global catastrophe (all current evidence points to the contrary) our inclination is that we should be looking to buy our favoured assets at these lower prices, rather than selling out.